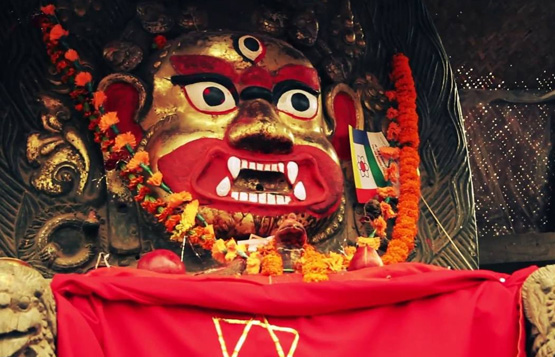 Nepal draws in a large number of visitors every year. For a variety of reasons, people from all parts of the world visit Nepal for holidays and vacations. Some are attracted to the majestic mountains of Nepal and prefer trekking through the Himalayan terrains, while others seek to experience Nepal’s rich and diverse cultural and natural features.

There is definitely something for everybody in Nepal; the rush of adventure for those looking to have one, a cultural phenomenon for those seeking spiritualism and even natural fantasies for those who are looking to be close to nature.

Tourist destinations in Nepal in Kathmandu

The Kathmandu city is the capital of Nepal. Together with Bhaktapur and Patan, Kathmandu city make up the three major cities of the bowl-shaped Kathmandu Valley. It is one of the ancient cities of the country that has existed since the medieval times. It is also the largest city of Nepal, with the densest population.

The city has many historic sites and religious temples coupled together in the ever-expanding metropolitan. The city gets its name from the Kasthamandap- an ancient temple that used to stand in the Durbar Square of the city before it was destroyed during the 2015 earthquake. In Kathmandu, one can visit four major UNESCO World Heritage Sites located close to one another.

Famous tourist destinations in Nepal in the Kathmandu city include the Pashupatinath Temple, the Bouddhanath Stupa, the Swayambhunath Temple and the Kathmandu Durbar Square. Each of these sites serve as important religious and historic capsules for the country.

One of the famous Hindu temples of Nepal, the temple of Pashupatinath is located beside the holy Baghmati River in Kathmandu. During the major Hindu festival of Maha Shivaratri, thousands of pilgrims from across the country as well as from other countries, visit Pashupatinath.

Moreover, the temple is often times occupied by Sadhus wearing bright yellow robes with ashen faces. The temple is also the site where the Hindu people perform the cremation ceremony. Pashupatinath Temple is among the top tourist destinations in Nepal because of its religious countenance. It is built in the unique pagoda style of architecture combined beautifully with wooden rafters decorated with carvings of the Gods.

Located west of the Kathmandu city atop a hill, the Swayambhunath is a massive temple that is sacred to both the Hindu and the Buddhist people.

The Bouddhanath Stupa is another site among the famous tourist destinations in Nepal of Kathmandu city. It is the largest Buddhist Stupa in Nepal.

It showcases spectacular Newa architecture and vivid craftsmanship done on the buildings, temples and the monuments.

Tourist destinations in Nepal in Bhaktapur

The Durbar Square of Bhaktapur is another architecturally rich palace complex of the valley. With pagoda and shikhara style temples and buildings, the Bhaktapur Durbar Square is grouped with the majestic 55-window palace. It is a great place to experience the Nepali art and authentic Newari woodwork, metal work and stone masonry. Monuments and buildings like the Golden Gate, the Lion’s Gate and the Bhairav Nath Temple are major highlights of the durbar square.

Among the top tourist destinations in Nepal in Bhaktapur, the Changunarayan temple is perhaps the most elusive. It is one of the oldest Hindu temples in the valley. It is built quite exquisitely with amazing carvings of Hindu deities and gods. The stone sculptures of the temple depict various myths and legends from the Hindu epic- Ramayana.

Tourist Destinations in Nepal in Patan

Patan is the third of the tree ancient cities of the Kathmandu Valley. It is located across Kathmandu separated by the Baghmati River. Also known as “Lalitpur”, Patan is considered the centre of handicrafts.

The last of the three Durbar Squares of the Kathmandu Valley, the Patan Durbar Square is among the famous tourist destinations in Nepal listed under the UNESCO World Heritage Sites list. Tiled with red bricks, the durbar square of Patan is as equally architecturally fascinating as the other two durbar squares, ornamented with unique carvings done on the doors, pillars, beams and windows of various temples and the main palace.

The Golden Temple is the second most popular attraction of the Patan city after the Durbar Square. Most of the temple is made up of polished copper which gives it a beautiful golden shine- hence its name.

The Mahabouddha Temple is located south of the Durbar Square. It is also known as the “temple of thousand Buddhas”- known so because of the engraved terracotta tiles that surround the base of the structure.

Kumari is the living Goddess of Nepal. Revered and worshipped by the Hindu people, the Kumari is regarded as a reincarnation of the Goddess Taleju Bhawani- the patron goddess of Patan.

Tourist destinations in Nepal in Chitwan- the Chitwan National Park

The Chitwan National Park is among the most popular tourist destinations in Nepal. It is a great place for wildlife exploration and jungle safaris. The grasslands and woods of the national park are home to many endangered species of animals like the Royal Bengal Tiger, One-horned Rhinos, the Musk Deer and Asiatic Elephants.

Tourist Destinations in Nepal in Lumbini

One of the most sacred Buddhist pilgrimage site in the world, Lumbini is the birthplace of Lord Buddha. It is among the most popular religious tourist destinations in Nepal. From the revered Mayadevi temple, the holy Puskarini Pond and the Asoka Pillar to the many monasteries built in amazing architectural styles, Lumbini is a beautiful place of peace and religious tenor.

A UNESCO World Heritage Site, Lumbini is considered one of the most serene places to visit in Nepal.

Tourist Destinations in Nepal in Pokhara

The city of Pokhara is famously referred to as “the tourism capital of Nepal”. The lakeside city draws in large number of visitors every year, mainly because Pokhara is often times the starting point of many Annapurna Treks.

It is situated right beside the Phewa Lake, where boat rides are quite brilliant. Furthermore, Pokhara is also located in close proximity to the Annapurna Mountains, and on clear days present amazing sights of the Himalayas. The Davis Fall, the Mahindra Cave and the Peace Pagoda are among the many attractions of the Pokhara city, making it one of the best tourist destinations in Nepal.